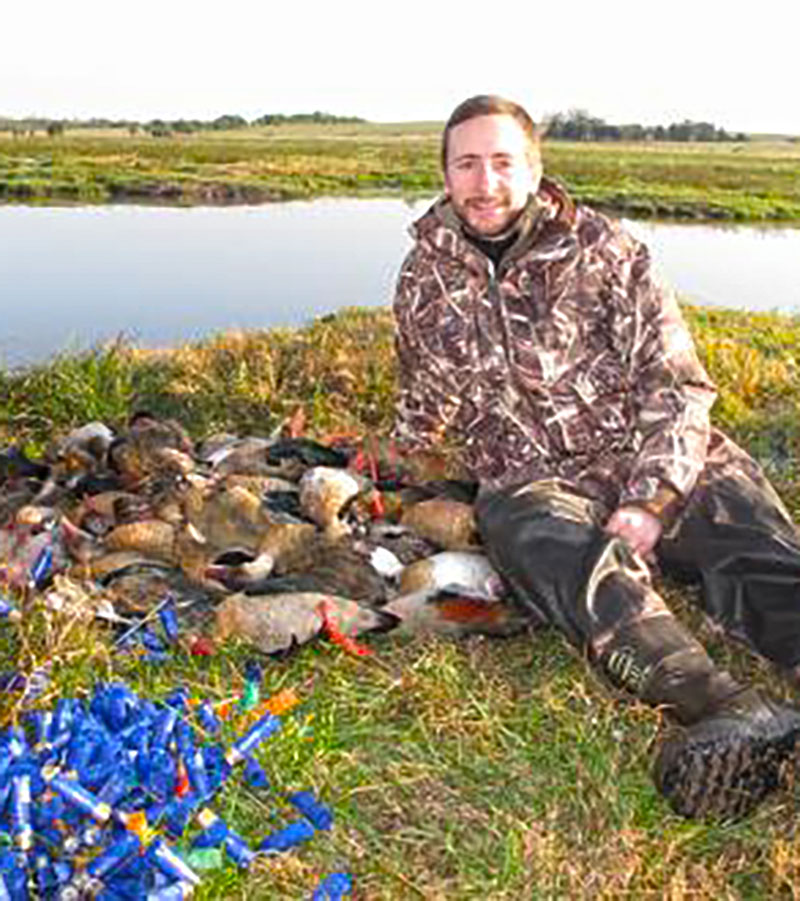 We offer world class wing-shooting for the most demanding clients in the beautiful and remote country side of Western Uruguay.

Jason Catchings’ Hunting and Fishing Adventures, L.L.C., offers world class wing-shooting for the most demanding clients in the beautiful and remote country side of Western Uruguay. With over 100,000 acres of farmland in sunflowers, sorghum fields, soybean fields, cattle pastures, ponds, and river front of the Rio Negro and Uruguayan makes this a sportsman’s paradise.

This area allows a true four feather mixed bag hunting opportunity for dove, duck, Perdiz, and pigeon all from one lodge. Most of the hunting is done within fifteen minutes of the lodge, but sometimes we will make a forty five minute drive to put customers on the birds.

The Lodge is guaranteed to be a luxurious sporting getaway with an authentic Uruguayan hunting experience. Come enjoy truly one of the last great hunting frontiers in the world. While at the lodge other activities that can be arranged are horseback riding, wine tours, a day at the spa, shopping in either Montevideo or Paysandú, and country tours.

Very few destinations in the world offer the opportunity to shoot 11 different species of waterfowl in one region. The small country of Uruguay proudly boasts this unrivalled variety as one of its many attractions.

The latest and greatest in wing-shooting opportunities, the chance to hunt the Picazuro and Spot-wing wild pigeon is quickly becoming reason enough to visit the country of Uruguay. These big and acrobatic winged wonders leave their roosts just after sun up, and flood the agriculture fields of western Uruguay in a magnificent manner.

The western provinces of Uruguay offer the same popular high-volume dove hunts that made Argentina famous all those years ago. Just to the east of Cordoba, Argentina, and split by the Uruguay River, lie the wing-shooting provinces of western Uruguay. More specifically, the regions of Paysandú and Rio Negro are home to many of the country’s largest dove roosts.

It has been said by sportsmen and women around the world, that the Perdiz hunting in Uruguay is the best in South America. The Perdiz is found in Brazil, Argentina, Paraguay, and Uruguay, but nowhere else is the Perdiz more prevalent than in the western regions of Uruguay. An upland hunter's dream and bird dogs paradise, the country of Uruguay is the destination for traditional sportsmen seek an unparalleled opportunity at the sporty Perdiz.

Jason Catchings has the ability to add world class Golden Dorado fishing by either fly or conventional tackle. The Golden Dorado is a freshwater species that is known for line-ripping runs and acrobatic flights. Some people consider the Golden Dorado as a mix between a monster redfish and a tarpon. Nicknamed the “river tiger” by local fisherman, the Golden Dorado is respected as the most ferocious freshwater game species of South America. Known for its knockout strikes, violent runs, and overall aggression, you’ll know when you hook one, and you’ll never forget your first big Golden Dorado.

Duck Hunting (May to September)

The duck hunting in Uruguay has always been good, particularly in the upper western part of the country. The minimal local and commercial hunting over the years has limited the hunting pressure. The limited hunting pressure, coupled with the areas huge food supply and numerous ponds, make for ideal duck hunting conditions. From late fall through late winter, this part of Uruguay is home to a variety of exotic duck species including the Rosy-billed Pochard, White-Faced Whistling Duck, Brazilian Teal, Brown Pintail, Speckled Teal, Ringed Teal, Southern Wigeon, Cinnamon Teal, and Silver Teal.

The Dove Hunting in Uruguay is rivaled only by the hottest dove hunting destinations in Argentina. The shooting is done in the areas rolling green hills and farmlands, often just minutes away from the lodge. In this part of Uruguay, dove hunting helps to preserve valuable crops and farmers livelihoods; for this reason there is no dove hunting season or bag limit!! Shoulders willing, guest can expect to shoot upwards of 80 boxes per day!!

Perdiz Hunting (May to end of July)

Pigeon Hunting (May to middle of September)

For those wing-shooters seeking a unique shooting experience, the decoyed pigeon shooting certainly fits the bill. These are the true “gentleman’s hunts” have long been a favorite among international sportsmen. The pigeon flights begin just after daybreak, with hunters set in the field with full decoy spreads including a revolving pigeon carousel. Pigeons are tough birds and are deceptively fast, but decoy readily with the proper spread in place. The action is fast and furious.

The Golden Dorado is a fierce fighting freshwater fish known for line-ripping runs and acrobatic flights. Anglers can fly fish, conventional, or trolling for the Golden Dorado to ensure the angler as the best opportunity to catch a fish of a life-time. The fishing can be done year around with September to April being the best months. 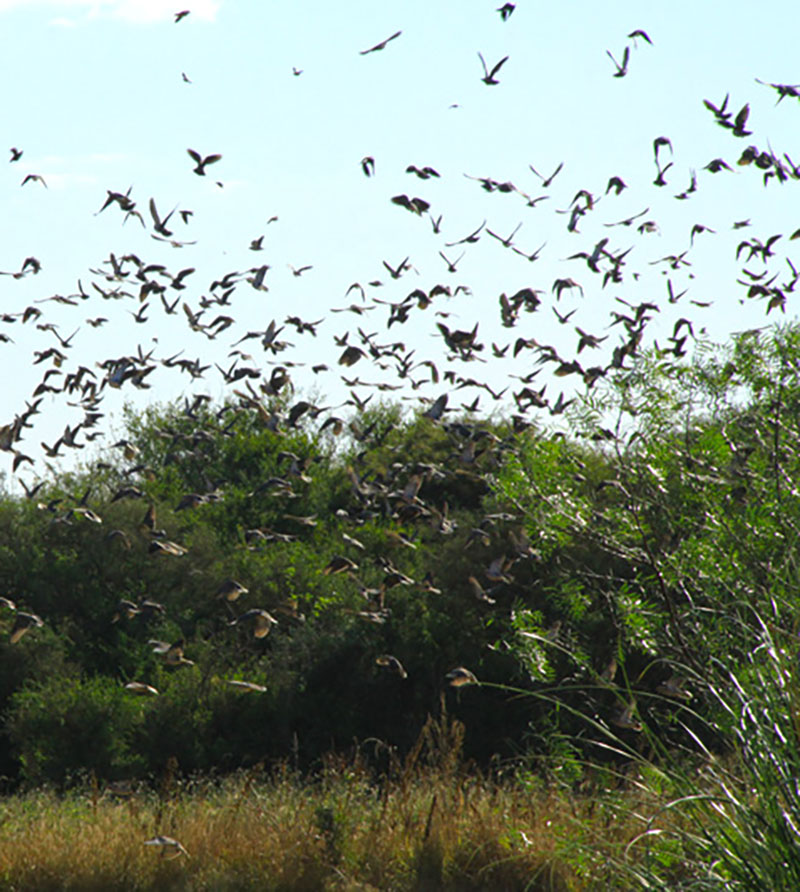 Contact us now to plan your South American bird hunting trip of a lifetime! 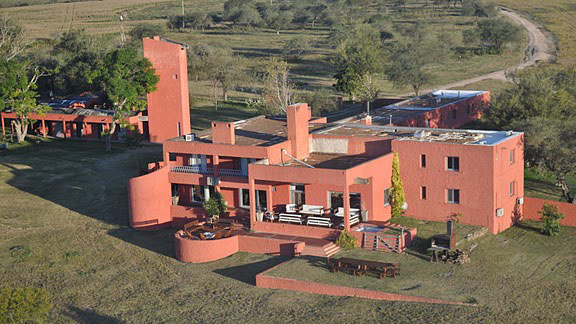 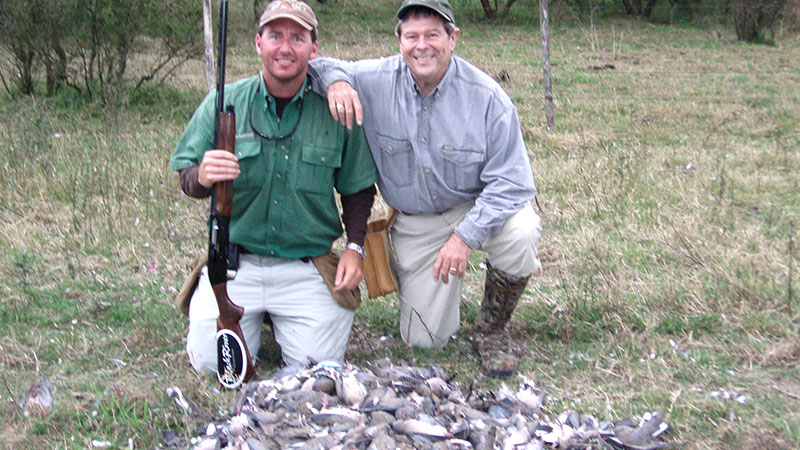